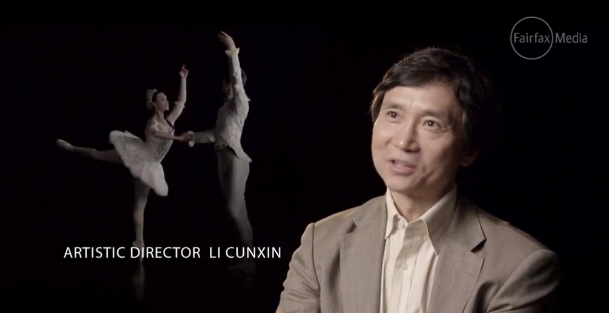 Li’s incredible story is well known. Raised in poverty in a northern Chinese village, he was randomly chosen at the age of 11 to join Madame Mao’s Beijing Dance Academy. After much hardship and hard work he became an internationally acclaimed dancer before defecting to the US. He later moved to Melbourne, becoming a principal dancer with the Australian Ballet, before writing his international best-selling biography, Mao’s Last Dancer. The book would go on to become an acclaimed film, directed by Bruce Beresford.

But as he so poignantly wrote in his memoir, Li’s early opportunities came at a price. Leaving his family as a child was tough; he used to cry himself to sleep and endure 16-hour days. His harsh but inspirational teachers quickly discovered the country boy’s inner drive. To improve his strength and his jumps he tied sandbags to his ankles and hopped up and down flights of stairs.

One of his main influences, teacher Xiao, set the bar high – ”he wanted me to be the best dancer in the world” – and that has been a motivating source for everything he’s taken on since.

Li Cunxin’s journey is simply remarkable. He was born into utter poverty in Mao’s communist China, at a very young age he was selected to train in Madame Mao’s Beijing Dance Academy. So began Li’s journey. The 7 years of harsh training regime at the Beijing Dance Academy taught him discipline, resilience, determination and perseverance. Li’s astounding drive and relentless hard work made him one of the best dancers in the world. He won two silver and a bronze medal at three International Ballet Competitions.

Li then made a successful career transition from ballet to finance. He is a senior manager at one of the largest stockbroking firms in Australia. He was named 2009 Australian Father of the Year.

The inspirational story of Li’s life is recounted in his memoir Mao’s Last Dancer, which quickly rose to No. 1 on the Australian Non-Fiction Best-Seller List and win the Book of the Year Award in Australia and receiving the Christopher Award for Literature in the USA. It went on to become an international bestseller. It’s in the 52nd reprint. Mao’s Last Dancer is now a blockbuster film.

Contact us at China Speakers Agency if you would like to engage Li Cunxin for your next event. He is truly amazing!