Global thought-leader Michele Wucker came up with the concept of the “gray rhino”. But what is it really about? What is the idea behind it?

A “gray rhino” is a highly probable, high impact yet neglected threat: kin to both the elephant in the room and the improbable and unforeseeable black swan. Gray rhinos are not random surprises, but occur after a series of warnings and visible evidence. The bursting of the housing bubble in 2008, the devastating aftermath of Hurricane Katrina and other natural disasters, the new digital technologies that upended the media world, the fall of the Soviet Union…all were evident well in advance.

Why do leaders and decision makers keep failing to address obvious dangers before they spiral out of control? Michele Wucker examined the concept of gray rhinos and how we can manage better.

Watch the videos below to learn more: 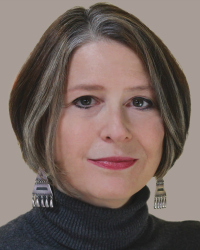