Morry Morgan‘s recent post “The 5 difficult people in your presentation ” at Linkedin has close to 80,000 views and 7,000 share and still counting. What should you do if you bump into the Self Promoter, the Critic, the Bombardier? Here are Morry’s insights… 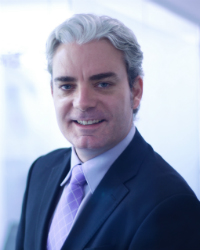 YOUR LAST PRESENTATION WOULD HAVE BEEN A RAGING SUCCESS. The introduction was confident, your structure clear, and your conclusion evoked a hearty applause. “Are there any questions?” you asked, as you beamed confidence across the room. There was an uncomfortable cough, and a single hand was raised. It was at that moment that your perfect presentation began to crumble.

Seasoned presenters know that no matter how well you rehearse, no matter how good your structure or even your knowledge of a subject, a rogue audience member can disrupt your genius, cause embarrassment…or worse. ClarkMorgan’s own recruitment process has seen eager trainer candidates freeze with fear, and even break into tears.

The strategy for many is to therefore skim over Q&A, avoiding the possibility of sabotage. But in doing so, these presenters damage their credibility and lose an opportunity to further impress their audience. Thankfully, question-time doesn’t have to be a sweat producing event. Simply knowing the cast of characters that are likely to ask difficult questions, as well as the specific counter tactics for each, will help calm nerves and allow you to confidently cap-off an already impressive presentation.

So let’s take a look at each trouble maker:

1. The Underminer – This character is cunning. They build themselves up by bringing others down. And you just made yourself their prime target. The Underminer has ‘daddy issues’, or in other words they lack self confidence.

They are also easily embarrassed, so to avoid adding fuel to the fire don’t openly challenge or embarrass the Underminer. You’ll just create a long-term enemy.

How you know you have an Underminer in your audience:“I think I understand what you are trying to say here. It’s not an easy topic. Not everyone is able to succinctly describe the challenges, and you did your best. Good try.”

What you want to say: “I asked for questions. Not a personal attack!”

What you should say: Feign ignorance to their underhanded approach, while projecting a smile, and say, “Thanks. I’m glad you recognize my effort. Now does anyone have a question?” Politeness, in the face of an obvious insult will confuse the Underminer, and they will retreat to comprehend what just happened.

2. The Self Promoter – The question isn’t as important as the person asking it. Or at least, this is the opinion of the Self Promoter. Always on the lookout to show off in front of a crowd, this character rarely asks genuine questions, and can be easily flattered.

This is their Achilles’ heel. The Self Promoter is not actually interested in your answer. It’s all about ‘me, me, me’, so help them feed their ‘self’ addiction.

How you know you have a Self Promoter in the audience:“Hi. I’m Steve Lee from Accounting. Nice to see everyone. And great presentation by the way. I really enjoyed it. And I’m not usually a PPT guy, you know, since I’m a Mac guy. I prefer Keynote. But you were able to keep me absorbed for the past 15 minutes. Anyway, I have a question. The question that I have is…” A short question question should be littered with ‘Is’.

What you want to say: “The King has spoken! All hail the King!”

What you should say: “Thanks Steve. I appreciate your kind words. To answer your question…” Again, don’t openly challenge the Self Promoter, unless you wish to make a new enemy. Be polite, avoid rolling your eyes, and rise above the desire to crush his pathetic ego.

3. The Critic – Make one mistake, no matter how small, and the Critic will be onto you. Data will be scrutinized and facts questioned before any credibility is built in the eyes of this character. They are clean freaks and can be easily identified in the office by their well organised desk, ergonomic keyboard, and named stationery.

How you know you have a Critic in the audience:“On slide 13, on the second table, sixth column across, twelfth row down, you seemed to have missed a decimal place. Was that intentional?”

What you should say: “You have an eagle eye, and that’s what makes you a great asset to our team. Yes, you are right, it was missing a decimal space.” Critics are not used to this taichi approach, where your agreement sends them off balance.

4. The Left Fielder – Where did that question come from?! The Left Fielder finds satisfaction from stumping the presenter. At a Chinese social media conference in Melbourne one audience member asked the Tencent speaker what they thought of China Mobile’s new product that aimed to challenge WeChat (Weixin). The competing product had only been launched a few weeks earlier. Few in the audience even knew that there was a new competitor, least of all the speaker. His ignorance was clear to all as he began to highlight WeChat’s advantage over another, unrelated, product.

How you know you have a Left Fielder in the audience: “I noticed that you didn’t talk about the latest findings from Estonia regarding the rising consumer demand of the post 90s generation. Could you share your thoughts?”

What you want to say: “No. Because I have a life.”

What you should say:“Thanks for that question. Given the limited time that I was allocated I didn’t include any Estonian data. And in fact, we don’t have enough time in this Q&A session to go into detail. So if you have time at 2 pm today I’d like to schedule a one-on-one with you.” Don’t wait for a reply, and move quickly to the next questioner. Left Fielders can be masquerading Self Promoters, itching to take the stage.

5. The Bombardier – In days of old, before smart bombs, bombardiers would release hundreds of bombs over cities in the hope that they would hit their target. In a presentation the Bombardier follows the same strategy.

How you know you have a Bombardier in the audience:“Actually, I’ve got three questions. Ok. My first question is also in two parts…”

What you want to say:“That’s wasn’t a question! That was a thesis!”

What you should say: “I wrote down your questions. Can I just clarify each with you, so everyone is clear?”

Difficult questions, and the difficult people who ask them, are a fact of life for presenters and avoiding both will limit your career. Management, after all, is not about feeling comfortable; it’s about making uncomfortable decisions. So with these characters in mind, I trust your next presentation will be less daunting. And if you happen to know of any other Q&A trouble makers let me know. When it comes to presentations, you can never stop learning.

Australian born Morry Morgan moved to Shanghai in 2001, and has been running his training business in China ever since. He is the co-founder of award winning training firm, ‘ClarkMorgan Ltd’, which is now in its 12th year and has trained thousands of Global 1000 and Chinese multinational firms.

He is also closely connected to other aspects of the HR function, through the publication of NetworkHR magazine, China’s longest running bilingual human resources magazine. Since 2005, Morry’s print and online issues have been read by over 6,500 HR professionals quarterly. Morry is also the author of ‘Selling Big to China – Negotiating Principles for the World’s Largest Market’, published by Wiley in 2010.

Please contact us at info@chinaspeakersagency.com if you are interested in engaging Morry to speak at your next event.