One important lesson everyone should learn: Being persistent despite difficulties! Alibaba Founder Jack Ma was rejected from 30 jobs, including KFC, before becoming China’s richest man. 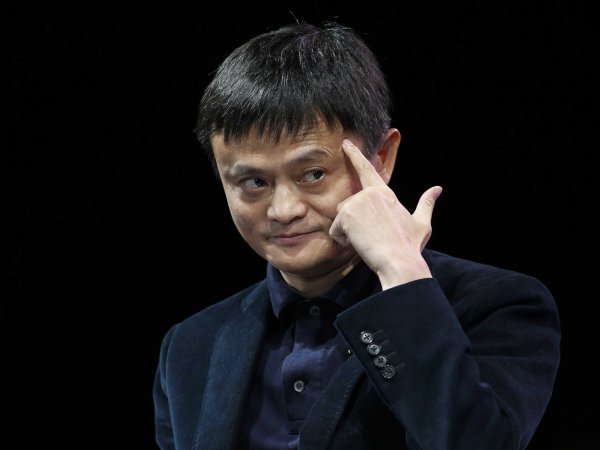 “I went for a job with the police; they said, ‘you’re no good,'” Ma told Rose. “I even went to KFC when it came to my city. Twenty-four people went for the job. Twenty-three were accepted. I was the only guy …”

When Ma founded Alibaba in 1998, he was met with more obstacles.

The brand did not turn a profit for the first three years, and Ma had to get creative. One of the company’s main challenges was that it had no way to do payments, and no banks would work with him.

Ma decided to start his own payment program called Alipay. The program transfers payments of different currencies between international buyers and sellers.

“So many people I talked to at that time about Alipay, they said, ‘This is the stupidest idea you’ve ever had,'” he said. “I didn’t care if it was stupid as long as people could use it.”

Jack is a pioneer in the Chinese Internet industry and in 1995 founded China Pages, one of the first Internet-based directories in China. From 1998 to 1999, Jack headed an information technology company established by the China International Electronic Commerce Center (CIECC), a department of the Ministry of Foreign Trade and Economic Cooperation (MOFTEC).

As a respected business leader, Jack was chosen by the World Economic Forum as a “Young Global Leader” in 2001 and selected by China Central Television (CCTV) and its viewers as one of the “Top 10 Business Leaders of the Year” in 2004. He was named one of the “25 Most Powerful Businesspeople in Asia” by Fortune in 2005, a “Businessperson of the Year” by BusinessWeek in 2007 and one of the 30 “World’s Best CEOs” by Barron’s in 2008. In 2009, he was recognized as one of the “TIME 100: The World’s Most Influential People” by TIME, one of “China’s Most Powerful People” by BusinessWeek and one of the “Top 10 Most Respected Entrepreneurs in China” by Forbes Chinese edition. He also received the “2009 CCTV Economic Person of the Year: Business Leaders of the Decade Award.” In March 2010, Jack was named by Forbes Asia as one of “Asia’s Heroes of Philanthropy” for his contribution to poverty and disaster relief in China.

Jack, who graduated from Hangzhou Teacher’s Institute with a major in English, currently serves on the board of SoftBank Corp., a leading digital information company that is publicly traded on the Tokyo Stock Exchange. He is also a director of Huayi Brothers Media Corporation, a company listed on The Shenzhen Stock Exchange. Jack became a trustee of The Nature Conservancy’s China program in 2009; joined the global board of directors of the organization in 2010; and has served as chair of The Nature Conservancy’s China board of directors since May 11, 2013. In September 2013, he joined the Breakthrough Prize in Life Sciences Foundation as a director.