The new TV show Walking Home From Mongolia has just premiered on National Geographic Adventure Channel in Asia and Australia. Rob Lilwall has also finished the writing of the book, which will be released on 21 November 2013! The book can be pre-ordered from Amazon UK or Amazon USA. 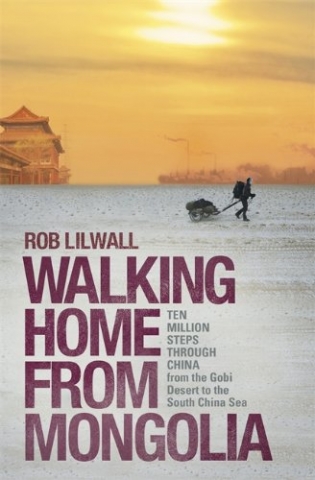 Rob Lilwall is a British-born, Hong Kong-based TV adventurer, writer and motivational speaker. His expeditions have seen him travelling on foot, by bicycle, and by boat, through some of harshest corners on earth, including the frozen wastelands of Siberia, the hidden valleys of China, and the lonely passes of Afghanistan. His two most extraordinary expeditions, Cycling Home From Siberia and Walking Home From Mongolia, were commissioned as television series for National Geographic, and his motivational talks have enthralled tens of thousands of people in Asia, Australia, Europe and America.