We are proud to announce that Shirley Yu, experienced bi-lingual moderator, joined us at China Speakers Agency. 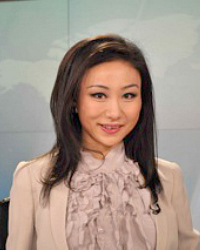 Shirley Yu was raised in China and moved to the US during her college years to pursue her dream on Wall Street. After obtaining her Masters degree, she worked with Merrill Lynch as a private banker for eight years.  In 2009 Shirley joined CCTV (China Central Television) News, the largest English network in China. She anchored the morning news program and has just left the media in July 2013 to start her own consulting business.

She has been a frequent moderator in global financial/ economic gatherings, including the most recent UNCTAD 2ND World Investment Forum and Boao Forum for Asia.

Shirley is fluent in both English and Mandarin Chinese.

Contact us at [email protected] if you wish to engage Shirley Yu for your next event.