Willy Lam commented on the Anti-Corruption campaign in China. Tania Branigan refers to his comments in her article in the Guardian: Politburo, army, casinos: China’s corruption crackdown spreads. 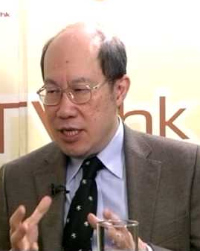 The graft-busting body – the Central Commission for Disciplinary Inspection – has dramatically expanded its power and reach: “Never has the CCDI, whose job used to be solely related to clean governance, been involved so deeply in the country’s overall administration,” wrote analyst Willy Lam in a piece for the Jamestown Foundation. “While President Xi’s commitment to clean governance does not seem to be in doubt, he and the CCDI’s Wang [Qishan] need to do more to convince the public that they have not been using one of China’s most powerful organs to consolidate their power and to decimate political foes.”