Dr Willy Lam was interviewed by Ian Johnson on his new book, “Chinese Politics in the Era of Xi Jinping”. 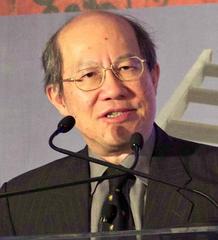 Q.
You have analyzed all major Chinese leaders over the past 30 years. What drew you to Xi?

A.
Xi is very different from previous leaders. Basically Jiang Zemin and Hu Jintao followed Deng Xiaoping’s instructions not only to reform the economy, but to carry out some degree of institutional changes. Deng didn’t believe in Western-style reforms, but he did try major institutional reforms to prevent a second Cultural Revolution and a Mao Zedong-style tyranny. So he promoted collective leadership — that the [ruling Communist Party’s] Politburo and especially its Standing Committee rule as a collective entity and the general secretary is just first among equals. Also, he didn’t want a cult of personality. Deng had a famous saying that leadership should come from the “five lakes and four seas” — from different backgrounds and all walks of life.

But Xi Jinping so far has stood many of Deng’s principles on their heads. We have seen an excessive concentration of personal power by Xi Jinping. He’s not first among equals. He’s the big boss. He runs roughshod over the other six members of the Standing Committee, especially Premier Li Keqiang.