Winston Ma, author of The Hunt for Unicorns, The Digital War, and Blockchain and Web3, shared his insights on blockchain, digital currency, and the post-20th Party Congress US-China tech race at his recent presentation at Fairbank Center for Chinese Studies, Harvard University. 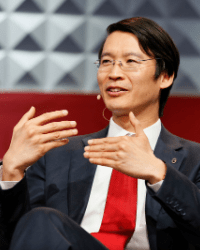